Mother’s Day is always a difficult holiday for me.  I will not go in to detail like I had originally intended as it gets far too personal; but I will say this:
I use to feel hatred in my heart; which I’m sure those of you who know me may find it hard to believe as I walk around with a cheeky smile on my face 99% of the time.  I finally found a way to let that go in the strangest of places… In the form of a hair trimmer.
My Dad raised us; and I remember him brushing my curly hair to the point where I think my head went numb. =) Thick glasses, braces, mass amounts of freckles, and I even had all the static with no need for a balloon.  Hand me downs were the norm, (I am a huge fan of thrift shops; although gaudy floral prints are no longer a part of my wardrobe).  I’d come home from visitations with gobs of make up on and Dad would tell me to go wash it off right away because I was too young… and I was.  Obviously, I got teased quite a bit and I’m pretty certain that this is the only picture I have left of myself that I hadn’t scribbled out of a year book with a permanent marker.  ﻿
When I went to live with my Mom briefly in middle school, our first trip was to get contacts and make up.  I also learned how to use a blow dryer and lost a substantial amount of weight.  I came back to my Dad and my old town unrecognizable to my best friend from early childhood.  In just a little over a year’s time I actually had to tell her my name before she almost went paralyzed with shock.  As most of you know, now-a-days I not only stand behind the camera, but sometimes in front of it.  Some have said that it is a real life ugly duckling story.

That drastic of a change affected me so much. It showed me how beauty creates a falsification in people’s minds that you are worthy of being treated nicely, whereas before they didn’t care a thing about my feelings.  People who use to make jeers now wanted to be my friend.   Boys began to notice me.  My high school and college years were much easier than my earlier days, but I can’t say that they were any better.  I feel that most of my real friends came from before that time.
﻿﻿


Posted by The Life of Sea Glass at 4:14 PM 5 comments: Links to this post 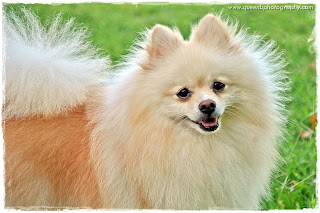 My first thought when meeting Kea, (AKA: "Kay Kay")... "Where are his batteries?".  What a cute little dude this guy is!  Maybe not so much a dude really... more like a compassionate prince.  Kea gets along with EVERYONE and EVERYTHING, (babies, kids, cats, adults, dogs, and he even tries to love the birds!).  I asked his mommy to tell me a little more about her miniature cover model, and she gave me the dirt...

"Kea" was once "Casper" when he lived in an apartment on Oahu before finding his home with Candy and her husband, Nane.  Candy and Nane felt a Hawaiian name more suitable, since his "Dad" is Native Hawaiian. Kea means "white" in Hawaiian, (very suitable!).  Some of Kea's best friends are cats!  Kiko is his sister cat and is definitely Kea's best bud.  Not too mention, the feral cat, "Sister", who likes to rub up on Kea.  AMAZING!

Kea weighs a whopping 6 lbs!  He is outweighed by all other furry critters at his home.  His Mom says 5 1/2 of those pounds are just his fluff, (I believe it!).  He's been compared to lifting a marshmallow. (I almost threw him when I tried to lift him, he was so light!).  Don't let his weight fool you though... his substance is in his personality.  This prince can prance, I've seen it!  Not only does he prance, but he twirls!  He twirls prior to doing anything, (peeing, eating, doing a command, receiving a treat, etc.).  He is a born performer. 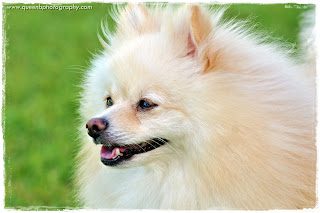 Kea is always nice, but he does have a naughty habit... paper!  No matter what kind of paper, he'll rip it to shreds when you are not looking.  He has stolen napkins from guests laps at the dinner table without them even knowing until his remnants are found in the living room.  When his Mom was sick, he found her tissue box and daintily pulled them out one by one until there were 30 or so Kleenex's on the floor shredded to bits.  Candy couldn't help but laugh when she witnessed him in the act and decided it best to not interrupt, but to do the right thing... and take pictures! :-) 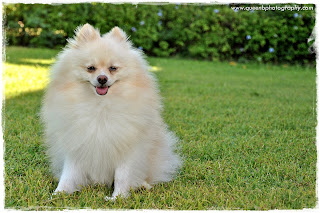 And lastly, his favorite food is.... STRING CHEESE!  He goes nuts and starts dancing around the fridge the moment he knows it's comin'.  I felt honored to be in this princes presence, snapping away at his cute little fluff face.
A HUGE "Mahalo" to Nane and Candy for their kind donation to the Maui Humane Society that put Kea on the cover.  Your thoughtfulness will not be forgotten as Kea's cute face graces the 2012 MHS calendar. 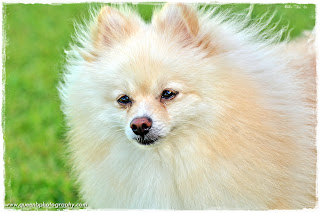 Have a great weekend all!


Fuzzy Hugs all Around,
Queen B.
http://www.queenbphotography.com/
Posted by The Life of Sea Glass at 6:05 PM 7 comments: Links to this post 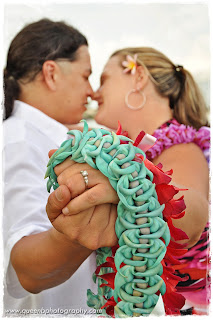 About two weeks ago, I was showing a real estate client of mine, (and friend), a condo.  I arrived early and decided to go in to talk to the agent who was the owner and happened to be holding an open house that day.  After about thirty minutes, I felt like I could have known her my whole life.  Kaye is easy to admire and became an instant friend.  She told me her daughter had been living in that condo, but is getting married so they got a new place together, (hence her selling it).  A few days later, she called and mentioned me doing their engagement photos at a party they were having with some friends in celebration.  I was ecstatic!  My friend is buying their condo and I got to meet Kaye's amazing family and take pictures.  WIN WIN!  Come to find out later; her daughter's fiance, Brian, is from thirty minutes away from where I am "originally" from in Maryland.  We all may live on a rock in the middle of the Pacific, but this is still a small world after all. 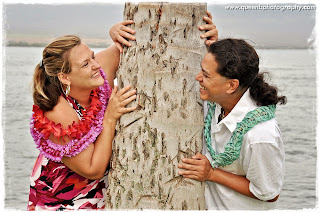 Upon first meeting Becky, she tells me she's nervous and anxious.  Am I really that scary? =)  She said that she's, and I quote, "Not Photogenic".  I'll never let her live that statement down.  Becky, your smile lights up a room and you ARE VERY photogenic.  The love she and Brian share is enough to take your breath away.  They didn't even have to try to smile because they just couldn't help but to do so each time they looked at each other.  What a beautiful love they share.  Seven years dating... An eternity in the making.  My hugs and happiness to you both.  Enjoy your wedding in Lanai and your happily every after. =)
XOXO,
Danielle
"Queen B."
http://www.queenbphotography.com/ 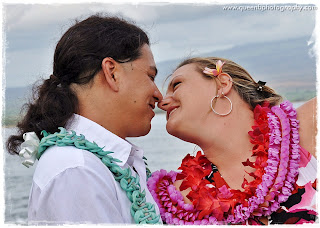 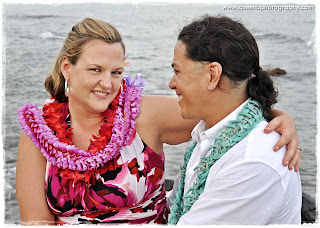 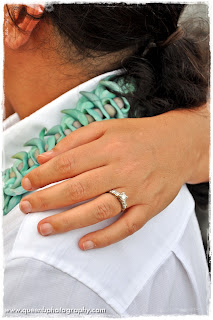 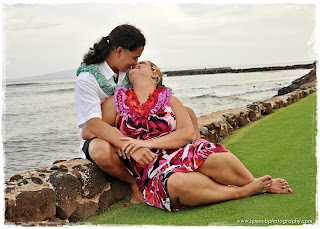 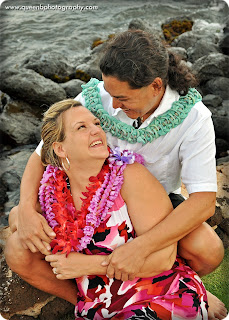 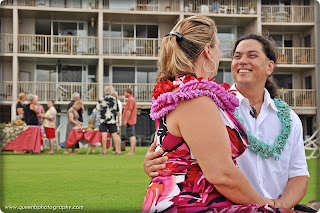 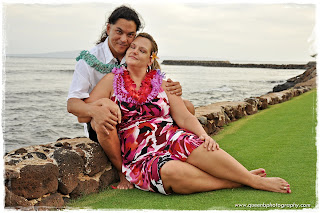 Posted by The Life of Sea Glass at 9:36 AM No comments: Links to this post 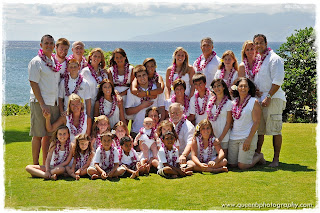 I got a call from Diane last week about a photo shoot of her family while they are here on Maui celebrating their parents/grandparents anniversary.  30 people, 2pm (direct sunlight), with only an hour to spare before their luau.  I explained to her the many challenges of this from a photographers point of view; (squinting, shadows, timing, etc), but she was so sweet and still wanted to give it a go.  I'm so happy I did.  Not only was this family super sweet, but they are all gorgeous! 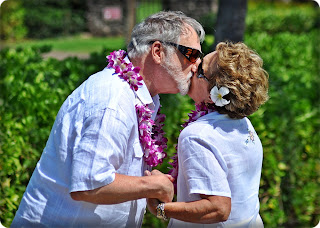 By far, they were my biggest challenge yet by group size, but what troopers they all were.  Even the children were on there best behavior.  Going through these pictures was such a pleasure because I could just see how much they all love one another.  Thank you Diane and Family for letting me be part of such a special trip.  Safe journeys back to California and come see us on Maui again soon! =) 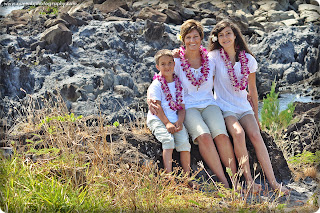 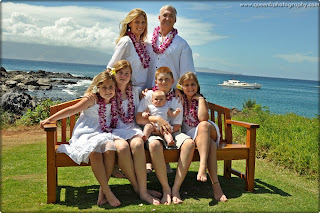 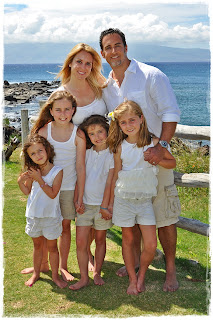 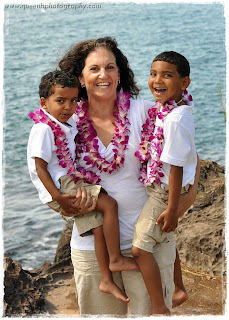 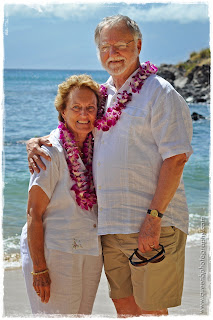 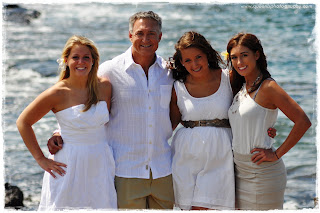 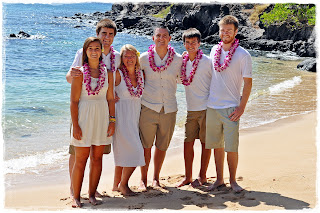 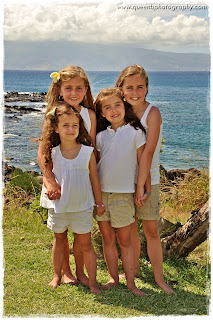 Posted by The Life of Sea Glass at 2:25 PM 6 comments: Links to this post