Coming Face to Face with Jose Canseco AND What to Do When Life Gives You a Piece of Particle Board... 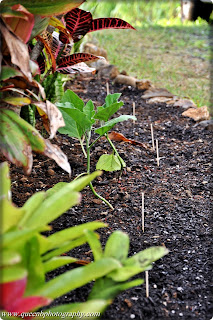 Aloha All and Happy Tuesday! :-)

This past weekend off did not turn out at all how I had  anticipated, (although I hadn't really anticipated much except working in the garden and catching up on house work).  Saturday I spent ripping out a mountain of weeds and digging up hundreds of rocks from the front of the cottage and replacing it with a lovely garden with edible plants, (eggplant, dill, parsley, beets, etc.).  A good work out and meditation at its best! 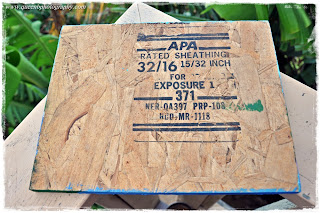 A while ago I found a perfectly shaped, yet small piece of particle board while cleaning out our storage area.  I played tug o' war with the trash can over whether to keep it for something or not; then decided I must find a way to recycle it.

I've stared at it for awhile now and then I just finally decided to grab my paints and brushes.  What to paint?  I decided to paint a place that truly affected me when we were there hiking its beautiful meadows and mountains; The Grand Tetons.  Most of it I painted from sheer memory. Man, I miss that place.  Definitely not an easy texture to paint on, but I had fun and again, it put me in such a state of meditation and relaxation.  Now the particle board has a home on our kitchen wall. :)  That evening I got to spend time with my awesome neighbors, having a few brewski's and playing some guitar and ping pong while Tommy went hunting in Haiku.  Lot's of relaxation on a Saturday, just the way it should be.

Sunday I looked up the local Maui baseball teams game roster to see if they were playing since I won tickets off the radio last month.  It turned out Jose Canseco and Ozzie Canseco were going to be playing against the Na Koa Ikaika Maui team with their team, the Yuma Scorpions.  Well, of course I wasn't going to miss that.  I was raised on baseball, watching almost all the O's games with my Grandad.  I even have memories of being 4 or 5 and Grandad suiting up in all the catchers gear to play catch with my brother and I.  Then Dad would always take us to the park at the top of the hill to play ball.  Baseball is definitely, hand's down, one of my favorite sports.  I knew seeing Jose and Ozzie play would be a blast back to my childhood; and it definitely was.  I couldn't believe when we got there that we ended up sitting DIRECTLY behind Jose; I mean, literally, I was 6 feet away from him taking pictures.  He kept looking at me, but I didn't want to paparazzi him, so I waited until he turned away to take his picture.  I guess I could have just asked, but I didn't want to be like all the other fools who I could tell were becoming annoying coming over trying to talk story with him while he's got a game to tend to and to coach.  I do have to say, all this baseball sure did make me miss my Grandad...


Jose's name has been slandered a thousand times over, and now especially this past week with his "relationship drama" with ex-girlfriend Leila Shennib on Twitter.  Not to say that Jose hasn't made his fair share of poor choices in his time, but standing closer to him than anyone during the entire game, his demeanor painted a different picture.  Quite, a little depressed maybe, but he seemed nice enough; sharing smiles with fellow players, and even one of the umps when he hit a nice fly ball to the outfield that got him easily to 2nd base.  The ball boy must have had the best day of his life as Jose took the time to talk to him, sign his ball, and share a laugh.  He did wipe out swinging for a home run in the Home Run Derby, but I'd rather not post the embarrassing photos of the guy.  So, sure, maybe Jose's no angel; but nobody is and I think the guy deserves a break.


Lastly on a different note; for those of you who don't know, I have decided to give real estate a permanent rest as my final closing happened this past week... And I can honestly say, "HALLELUJAH it's over with!". Real estate is meant for a certain someone who can be rough and tough and wear the bull horns, on top of deal with an immense ton of S*@! and stress and be willing to work everyday, 24 hours a day. I decided that I definitely want to live a long, wonderful life, and real estate was not going to give me that with the #1 killer in America being stress. SO, with that being said, I miss "the team", but have moved on to do what I love by working in a fabulous animal clinic, (on top of still doing photography of course!).

I love it when one door closes and another one opens...  ;)

I hope you all had a fabulous weekend as well.  Feel free to share your thoughts and feelings below.  I always love to hear from you! 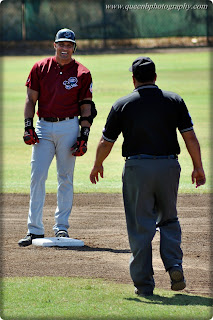 Posted by The Life of Sea Glass at 9:38 AM No comments: Links to this post

So here's the sequel to yesterday's blog... The 3 something mile hike to Hana Bay from Waianapana (Black Sand Beach), was mesmerizing.  The 3 mile walk on the road back was nice too; but the lava cliffs, gray rock formations that seemed to come from acid battles, and the sound of waves crashing along the faces along the "trail" had me stopping to just breath it in.  Not a soul the entire time except at the bottom of one dirt road where a family was fishing with lines reaching over 100 feet down into the ocean.  I can't believe the money people pay when visiting here to just stand next to 40 other people looking at the same thing, hearing each other chitter chatter, while tuning into an over enthusiastic tour guide; when they can FEEL and SEE and truly EXPERIENCE the real Maui at it's best in all it's solitude.
Just sayin...  ;-]
*You know what to do, click on the pic if you want to enlarge it*

﻿﻿
So, all in all, a wonderful Independence Day weekend for the Honeybee's.  The 4th itself, Tommy worked all day, and I caught up on my own work, (including updating my friends, family, and blog fans with some new material).  Sorry for slacking on you guys, but know that I love ya! =]
XOXO,
Q.B. =]
P.S. Please tell me about your 4th of July weekend and Monday in the comment box below.  I would love to hear what goodness you got into!
Posted by The Life of Sea Glass at 10:34 AM No comments: Links to this post

I hope all of you are sharing laughter, hugs, food, and fireworks with your friends and loved ones today, (or this weekend for those of you who work today).  In celebration, (since we can't be with family), Tommy and I both had off this weekend, and I have a "Maui Bucket List" that needed tending too.  There is a 3+ mile trail, (6.5ish round trip), that takes you from Black Sand Beach (Waianapana) to Hana Bay via lava cliffs along the oceans edge.  I'm not going to talk about that hike today though since there's too much that came before knocking that beauty of my list, and far too many pictures to cram into one blog.  =]

So we decided to be rebels and drive "backwards" around to Hana, starting going through Kaupo driving on the cliff's edge.  This road is one where rental cars are forbidden, just like where we live, (so to us it doesn't seem so rebellious since we drive the winding cliff side back roads daily).  Tommy's always trying to find somewhere to hunt, so he was scoping the whole way while I took lots of pictures and asked for frequent stops to explore.  Here are some of our highlights on our way to Hana...
*Clicking on images will enlarge.*

So, stay tuned for the next blog and pictures showing that crazy and spectacular hike along the lava cliffs.  Again, I hope you are all having a safe and spectacular 4th of July with your loved ones!
Love and Aloha,
Q.B.
Posted by The Life of Sea Glass at 10:27 AM No comments: Links to this post